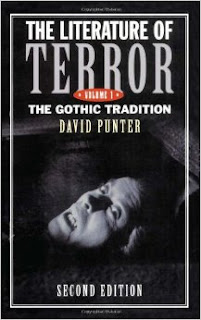 Posted by exlibrismarilyn at 7:34 AM

Daniel Handler takes on The Myth of Sisyphus 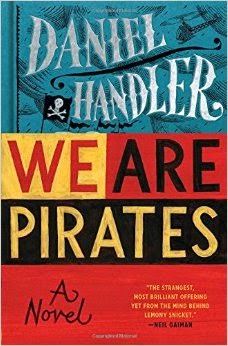 What is happiness? Does it exist? Is there any meaning to why we are here?  These are some of the answers the characters in Daniel Handler’s new book, We Are Pirates, seem to be seeking.
Gwen is an overly bright and bored 14 year old with annoying parents (redundant?) who gets caught shoplifting, more out of boredom and nihilism than anything else,  Her giving of a false name, Octavia, goes nowhere, and yes, her parents are called.  Her punishment, or redemption, is to be found volunteering in an old age home reading pirate novels to an Alzheimer’s patient.  She meets up with a like minded rebel without a cause, Amber and they decide to steal a boat in the San Francisco Bay with the elderly man and become pirates themselves, in the grand old style, kids playing life as a video game in a way, in order to find meaning, excitement, and some reason for doing, okay, anything.
Gwen’s father is a familiar character, a middle aged mild mannered dissatisfied man with a droning wife and an attraction to his younger, tippling assistant.  He too, would like more. He is forced into a desperate quest (desperate, but if Gwen should die, could he use her college fund to buy that car?) to get his daughter safely home.


Handler has brilliant one-liners and sudden twisted observations that startle the reader into realizing, that hey, this guy was Lemony Snicket,  but as for the answer as to whether there is a meaning for life here, well, it is left much more open ended than Camus’s final answer.
Posted by exlibrismarilyn at 4:39 AM No comments: 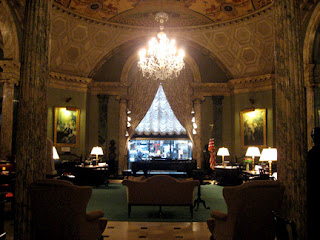 It was with great sorrow that I learned that Steinway Hall on West 57th Street has been sold. The building, graced with paintings of famed composers, has been host to many musicians, famed and not, over the years. Lush and ornate, it was like entering a magical world where music reigned.

Steinway, which owns the building but leases the land, had been losing approximately five million dollars annually to maintain it.  A representative of Steinway stated that they have plans to open another venue in Manhattan, which would be more up-to-date, with soundproof studios. The current building, built in 1925, would be too costly to update for today's needs.
Posted by exlibrismarilyn at 4:15 AM No comments:

Causia Artium and The Debut Prize Foundation sponsored a lively and energetic poetry reading last night at the Mid-Manhattan Branch of The New York Public Library.  The event was engagingly moderated by David Lehman, a poet himself, and one of the foremost editors, literary critics and anthologists of contemporary American literature.

Poets were presented individually, rising from the audience to take their place at the podium for 12 minute readings.  The American poets included Tina Chang, Heather Christle, and Matthew Yaeger.  The Russian poets were Dina Gatina, Alla Gorbunova, and Lev Oborin.  They were assisted by translator John William Narins, co-founder of Causa Artium and a writer, poet,and literary scholar himself,  who was both accurate and spoke the words as they were meant to be spoken.

﻿
Tina Chang, Poet Laureate of Brooklyn for 2010, wove her poems as beautifully as the golden threads fairy princesses have been weaving since time immemorial.  Dina Gatina, a Russian artist, illustrator, and poet, took the podium with a darker, more unsettling stream of words.  Heather Christle, the winner of the 2012 Believer Poetry Award presented sprightly, humorous creations which drew much warmth from the audience. Poet Lev Oborin,  a musician and an editor at the Russian Edition of Rolling Stone, painted the room with words both thoughtful and aware.  The evening ended with Matthew Yeager hijacking the stage with the poetic delivery equivalent of a Thompson Sub Machine gun, blasting the audience with words just as powerful.

The Debut Prize Foundation seeks to bring the newest generation in Russian to readers worldwide.  For more information, go to www.DebutPrize.com

Causa Artium is dedicated to expanding  awareness of literary, visual, performance, musical, and other art forms.  For more information on Causa Artium, go to http://www.causaartium.org/

Posted by exlibrismarilyn at 9:38 AM No comments:

The Vinyl Experience - A Review of Five Hundred 45s

Posted by exlibrismarilyn at 12:19 PM No comments: